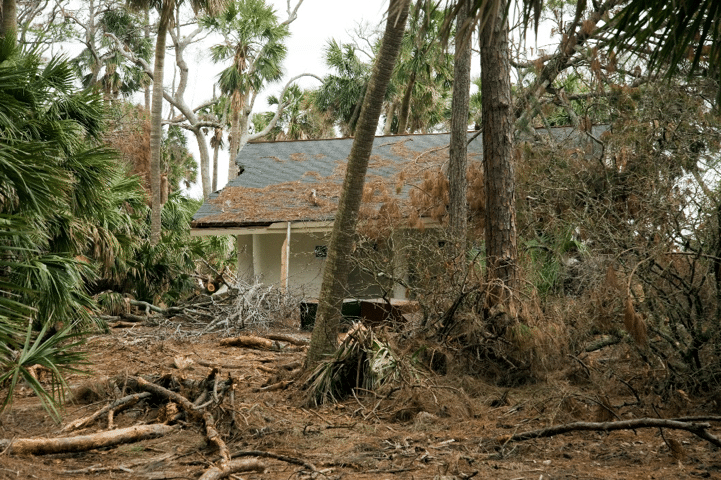 A great deal of work is underway as the state and Friends of Hunting Island (FOHI), among others, struggle to bring the island back. Here is a status report from FOHI:

Another Hunting Island Update: The State of the Island

Clean up continues rapidly within the park, including removal of debris from the trails. New trail maps will be needed once work is completed because so much has changed. Two trails near the lighthouse are completely gone, and the Nature Center Trail will have different fauna identified on a new map.

Work has not yet begun on the fishing pier, but it  be could shorter than it was before the hurricane, once it’s repaired. 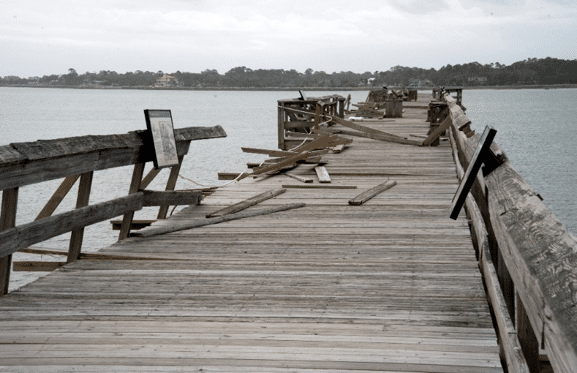 The Marsh Boardwalk is still closed and needs repair.  Primarily this includes replacing boards that the hurricane destroyed, because most of the posts are still in place.

The boardwalk that leads you into the visitor center was damaged during the storm and the staff is replacing it. It is not yet open to the public, and the Nature Center is still the only site open. Last weekend about 200 people visited the Nature Center. (Note that there are still plenty of “Standing Strong” t-shirts and stickers on sale at the Nature Center). 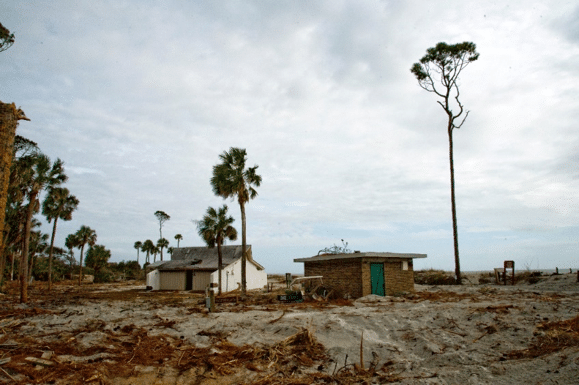 The bathhouse and sewer station close to the ocean in the campground will be gone next time you visit. 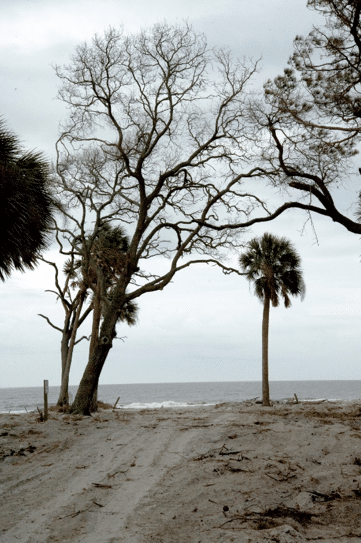 The ocean side, which was hardest hit, has a completely new look. Once the debris is removed and the dumpsters are gone, this is going to be a pristine tropical beach with a wide expanse of sand. Before the hurricane, you couldn’t see the ocean from the campground store because of the dunes, but with the dunes gone, there is a very nice view of the ocean.

The front part of the campground will have walkways framing a V-shaped natural area that will be protected by sand fencing. And sand fencing will be installed along the beach to create new dunes. Friends of Hunting Island will be supporting that effort.

Currently the campground store is being renovated and repaired by HISP personnel. In addition, four bathhouses in the campground are under renovation but the two closest to the ocean will not be salvageable. A new one will eventually be added near the gift shop.

The campground used to have 200 camp sites, but 88 were lost. Of those remaining, 10 have no services, and 92 have will have both water and electricity. 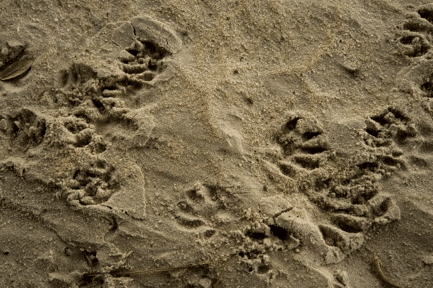 Daniel Gambrell said that theisland’s native wildlife fared well during the hurricane. There seems to be no significant loss of animal life. They must have just hunkered down and weathered the storm.

Osprey are already nesting at both bridges to the island, and the mama alligator at the Visitor Center is  seen as usual.

The live oaks suffered badly from the hurricane, because the leaves were completely stripped off, killing many of them. The palmettos did amazingly well. The pines have deep tap roots, but many of them just snapped off in the middle.

The waterfall at the Nature Center was trashed by the storm and filled with sand. Friends of Hunting Island repaired it and it looks great.

North Beach Parking Lot A washroom will probably be removed because it is not reparable. When a permanent replacement is built, it could be much farther from the beach.

On South Beach, the base of the old water tower at the southern campground became completely exposed. Before the hurricane, small peaks could be seen buried in the woods 10 feet above the beach. Most people didn’t even know it was there. But now these pyramids are part of the new beachscape.

The Discover Carolina Educational Program is on hold for now, but as soon as areas are opened up, it will begin again.

Daniel Gambrell also stated that there will be some kind of Turtle Program started on May 1, but he doesn’t know how many volunteers will be able to help.

We will keep you posted. 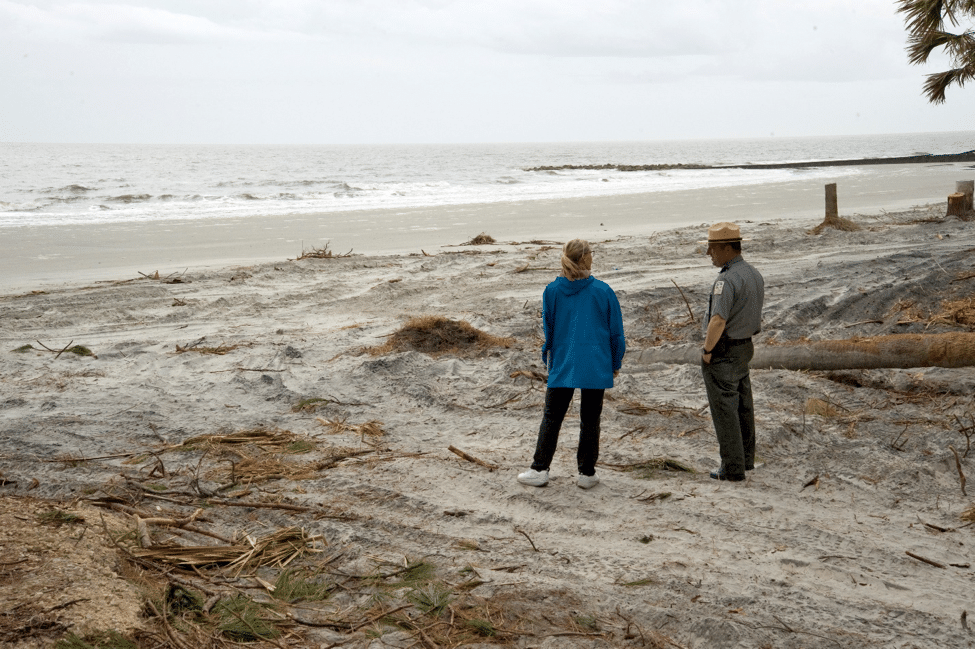 1 thought on “Hunting Island Coming Back Little By Little”