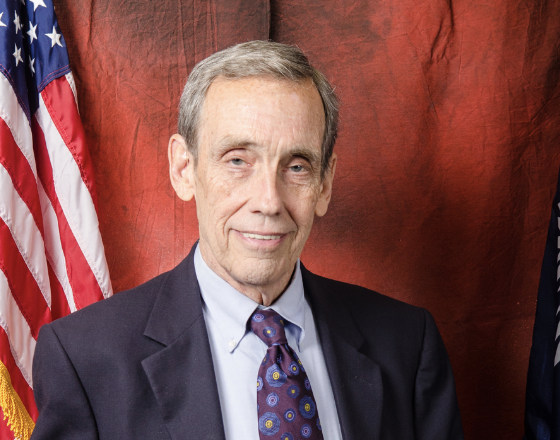 Paul Sommerville is a Republican candidate for re-election to for the District 2 Council Council seat, of which he serves as Co-Chairman. He is a proponent of impact fees to ensure development  pays for new infrastructure it requires, believes Planning Department staff is capable of crafting good land use plans for Ladys Island, and supports a ten-year capital sales tax as a way to get more funding for Ladys Island and Sea Island Corridor projects.

His responses are presented here in full and unedited.

What would you say is today’s greatest single challenge facing the development of Ladys Island & the Sea Island Corridor? How can this best be managed?
When I came on council the biggest concerns were legacy PUD’s and City of Beaufort growth boundaries. I was able to get Greenheath PUD dissolved and reduce the permitted density by over 150 units.  The PUD that today is Oyster Bluff was another battle. I battled the then owner for the better part of a decade and was able to hold them at bay until after nearly a decade they were able to get a slight majority to proceed but with a much modified and density reduced footprint. It would have been a lot worse had I not fought them for as long as I did.

When I came on council the City of Beaufort and Beaufort County were engaged in lawsuits. I was able to bring the parties to the table and we negotiated the best deal we could get at the time. We were finally able to get the City to agree to growth boundaries. The agreed upon boundaries were certainly not optimal but at least we had something. The boundaries were the Chowan Creek bridge and the Coosaw Island bridge. Since that time we have had numerous discussions to shrink those boundaries but with no success so far.

The challenge today is minimizing the number of smaller developments that come before us and requiring them to perform as many impact studies as the law allows such as traffic impacts and environmental impacts and strictly enforcing our new stormwater ordinance. There are still many individually platted lots that can be built by-right so even if we are diligent about all of the requirements in our development ordinances we will still have to create more infrastructure such as road improvements and stormwater drainage infrastructure. To do this we desperately need impact fees which is the topic of another conversation.

Was the ZBOA decision to deny a permit for a Dunkin Donuts coffee shop on the Sea Island Parkway appropriate, or do such actions send a “not open for business” signal to economic development?
It was definitely the correct decision. I made the argument that any drive through restaurants in high traffic areas should never be permitted with their sole access on arterial roads (highly travelled portions of main thoroughfares such as the Sea Island Parkway). I have been able to amend the ordinance to require secondary access for drive throughs.

The Ladys Island Plan was adopted by Council more than two years ago, setting a vision for its development. How essential is the development of a full Master Plan to guide the expected growth and development on Ladys Island? Is such a plan worth the estimated $250,000 it would cost? Why or why not?
Beaufort County has spent considerable dollars on planning for Lady’s Island, probably as much or more than any other area of Beaufort County. I have had numerous conversations with staff on this very topic and staff has asked to be allowed to amend the existing plans themselves with the information that they already have from existing plans plus information generated by citizens groups. The county administrator initially offered to put up $50,000.00 if the City would do the same. The City manager sent an email saying that the city had no interest in funding any additional studies. Since that time, I have worked with the County Administrator and the Mayor of the City of Beaufort and we have agreed to put up $25,000.00 each from the county and the city to bring in a land use consultant for a two to three day planning charette.

I have been able to get lady’s Island a disproportionate amount of funding (most recently $30,000,000.00 for infrastructure in the last penny referendum). I am continuing to encourage staff to continue their efforts on land use and transportation planning for Lady’s Island. I am also focused on obtaining an even larger amount from the next penny sales tax referendum.

A new ten-year capital sales tax proposal is being considered by the County Council, yet we have yet to complete (or begin) many of the Ladys Island traffic improvement projects funded by the 2018 Capital Sales Tax. Which should come first?
I understand there is frustration that the 2018 referendum projects are not completed but every one of them ran into citizen resistance which required more public meetings followed by project amendments followed by more public meetings, etc. The only project that did not meet public resistance is the turn lane at Walgreens which has been completed.

As a practical matter, the SCDOT and Federal Highway Administration permitting process is so cumbersome that even if everything goes smoothly, it takes over 4 years to start construction. All projects for the 2018 referendum on Lady’s Island are still actively under development. $30,000,000.00 was all I could get out of the 2018 referendum for Lady’s Island projects and it was understood that that $30,000,000.00 would not be enough to finish all of the projects. We always planned to use the one cent money as matching money to leverage more dollars through federal and state grants. The vast majority of such grants are more easily obtainable by applicants with matching dollars. With inflation and the passage of time the gap has become even larger which is why I am fighting to get Lady’s Island as much as I can from the upcoming referendum.

The projects that were on the 2018 referendum were developed with many public meetings and much public input. They are all well underway and with or without additional funding from a new referendum I will find the funding to finish them. I absolutely believe that we should proceed with a new referendum and get as much as possible for Lady’s Island projects.

Here is an update on all of the unfinished Lady’s traffic improvement projects that were on the 2018 referendum:

As Lady’s Island and the outer islands continue to grow there will doubtless be other projects that will require funding. We haven’t even begun discussions on a third crossing which was studied by consultants in 2008/2009 but ran into heavy resident resistance and was tabled at that time. That needs to come back for discussion.

Is the public’s “right to know” on planning matters sufficiently promoted by current Beaufort County practices? What would you recommend be done to improve/increase government transparency on planning and development decisions (at both the staff and Council level)?
Voters cannot have too much information so we should always err on the side of too much information rather than too little. All significant meetings are televised and recorded and inventoried for later viewing online. The area that I believe can be improved upon is the work of the SRT (Staff Review Team) where all new development applications are first discussed.  Our current protocol is that all subdivision development and commercial applications go to SRT for approval. The agendas are currently distributed to staff on Mondays for an SRT meeting on Wednesday. This does not allow the public an opportunity to review and comment on these applications. Although all SRT meetings are open to the public, there is currently no opportunity for the public to know in advance just what applications will be considered. I have asked our county administrator to develop a public review process through our new ENERGOV software.

What would you suggest be done to move Ladys Island needs and improvements higher on the County Council’s list of priorities
Lady’s Island needs receive high priority today. This may not be obvious because of the necessary steps and time and funding that are required to design and implement a project.  Also, the fact that some of the more contentious areas of Lady’s Island are annexed into the City of Beaufort further complicates matters.  I have always worked hard to ensure that the needs of Lady’s Island receive top priority whether it is parks, roads, stormwater management, planning, boat landings or funding for these and other projects.

What would you do – that hasn’t already been tried – to engender greater cooperation between the City of Beaufort and Beaufort County on Ladys Island matters?
Relationships take constant work to maintain. I have always had a good personal and working relationship with city officials. We have had our disagreements but I avoid being disagreeable about those disagreements. I can pick up the phone at any time and call city officials and I often do and vice versa. When our interests do not align we agree to disagree and move on to areas of common interest and move forward.

I would also support the creation of a joint city/county staff review team with planning staff reps from each as members. The purpose would be to make sure projects are aligned and in compliance with the lady’s island plan and design recommendations before receiving the development permits and construction commences. In addition, a joint design review board for lady’s island might be effective way to foster cooperation on building layout and design across each jurisdiction.

By population, Ladys Island is the largest non-municipal jurisdiction in Beaufort County. Would you support the appointment of a Ladys Island “Ombudsman” to sit on the Council and participate in discussions directly affecting Ladys Island? Why or why not?
I do not support the appointment of a Lady’s Island Ombudsman. If Lady’s Island has one then every other area, municipality and neighborhood will want one. This is the role of your county council representative or city council representative if you live in the city limits. I believe that I represent the interests of Lady’s Island effectively. There are always conflicting interests and disagreements that I have to navigate. I return all phone calls and answer all emails and letters and I welcome constructive criticism and counsel from all of my constituents.

Lady’s Island currently has 2 county council representatives plus elected officials from the City of Beaufort to look after its interests. I take calls and emails 24/7 no matter where I am. I have taken many calls and returned emails from all over the world from Rocky Mountain ski slopes to South Africa, Easter Island, Indonesia, Myanmar, etc. The Lady’s Island Community Preservation Committee has been active for over a decade. A Lady’s Island Village Center Committee has been active for several years.  At various times there have been discussions of Lady’s Island forming its own municipality.