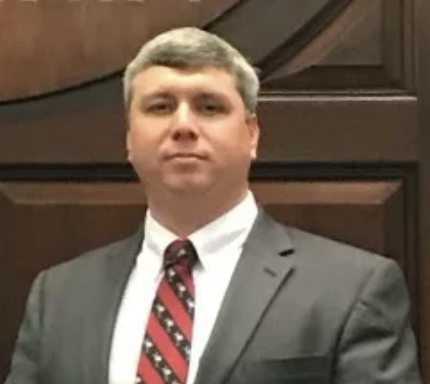 David Bartholomew is running in the Republican Primary for the District 2 Council Council seat. He believes inadequate funding for Ladys Island transportation projects reflects poorly on County Council, that a Master Plan for Ladys Island is essential, and is lukewarm on a new capital sales tax.

His responses are presented here, unedited and in full. More information on Mr. Bartholomew is available on his website at dbforcountycouncil.com

What would you say is today’s greatest single challenge facing the development of Ladys Island & the Sea Island Corridor? How can this best be managed?
I think the greatest challenge to the development of Lady’s Island is roadways/ infrastructure management. Many of these projects/issues have already been identified but have not been properly funded. The costs associated with the promised projects were underestimated and I personally feel as though that is a reflection on the current leadership on council. In order to properly address these issues there needs to be a solid plan in place and then actual follow through with the projects. I will advocate for the completion of the projects that were promised to our community.

Was the ZBOA decision to deny a permit for a Dunkin Donuts coffee shop on the Sea Island Parkway appropriate, or do such actions send a “not open for business” signal to economic development?
This is a difficult question to answer in a short paragraph. I personally feel as though the decision was appropriate but it was handled completely wrong. First and foremost, citizens of Beaufort County should be able to easily understand the zoning requirements in place and have those laws equally applied to all citizens. This touches on question 3 and is one of the reasons why I believe a master plan is so important (addressed more below). I also believe that we should work with developers in order to show them exactly the vision that we want for this area. I would much rather work with someone on the front end of a project than get our county tied up in lengthy and expensive litigation. I do think the way this process was handled sends a message that we are not open for business and I would have handled things much differently. Individual property rights are important to me but so too is the collective happiness of the people that call this place home.

The Ladys Island Plan was adopted by Council more than two years ago, setting a vision for its development. How essential is the development of a full Master Plan to guide the expected growth and development on Ladys Island? Is such a plan worth the estimated $250,000 it would cost? Why or why not?
I believe that a master plan for Lady’s Island is absolutely essential to the proper development of the area. Adopting a master plan will have an up front cost associated with it but it is well worth it in my mind. Having a clear vision in writing will avoid unnecessary litigation and turmoil from unwanted development. I want this community to thrive and I believe that starts with having a straight forward and well thought out plan for the future.

A new ten-year capital sales tax proposal is being considered by the County Council, yet we have yet to complete (or begin) many of the Ladys Island traffic improvement projects funded by the 2018 Capital Sales Tax. Which should come first?
The projects that were promised under the 2018 Capital Sales Tax need to be addressed first. The unfinished projects need to be prioritized and we should focus on the projects that are going to have the most beneficial impact to the traffic flow first. The current county council are treating these projects as an all or nothing type situation. It is my understanding that there is approximately twenty million dollars set aside now for these projects. In order for me to get behind any new capital sales tax there needs to be clearly defined projects along with the specific allocation of funding for each project and time lines for completion established. People deserve to have these projects completed in a timely manner before the traffic becomes much worse than it already is at the moment.

Is the public’s “right to know” on planning matters sufficiently promoted by current Beaufort County practices? What would you recommend be done to improve/increase government transparency on planning and development decisions (at both the staff and Council level)?
Absolutely not, the public’s right to know is not sufficiently promoted on County Council. Most recently we have seen that the County Council moved forward with a purchase of 2.1 acres of land for roughly 1.2 million dollars without properly informing the public until after the fact. I was present at the public meeting and the vast majority of the public was not upset about the purchase but that they were not informed. I personally feel as though the County Council as well as the City of Beaufort does the bare minimum to inform the public and puts the burden on the public to inform themselves. My approach at the county and staff level would be to utilize social media, email, and other mediums to keep the public informed and actively engaged in the decision making process. I will also be proactive and work with Mayor Murray to develop and implement systems that will help keep the public informed.

What would you suggest be done to move Ladys Island needs and improvements higher on the County Council’s list of priorities?They say in government that the squeaky wheel gets the grease and I am more than willing to be that squeaky wheel. I will advocate for the wants and needs of Lady’s Island and work to get money allocated for the projects that we deserve. I will not be silent on the issues that we face as a community. I will make sure that the people are informed about the issues being addressed on county council and I will encourage everyone with an opinion to vocalize it with county council. The more unified we are as a community than the more likely we are to have our needs met.