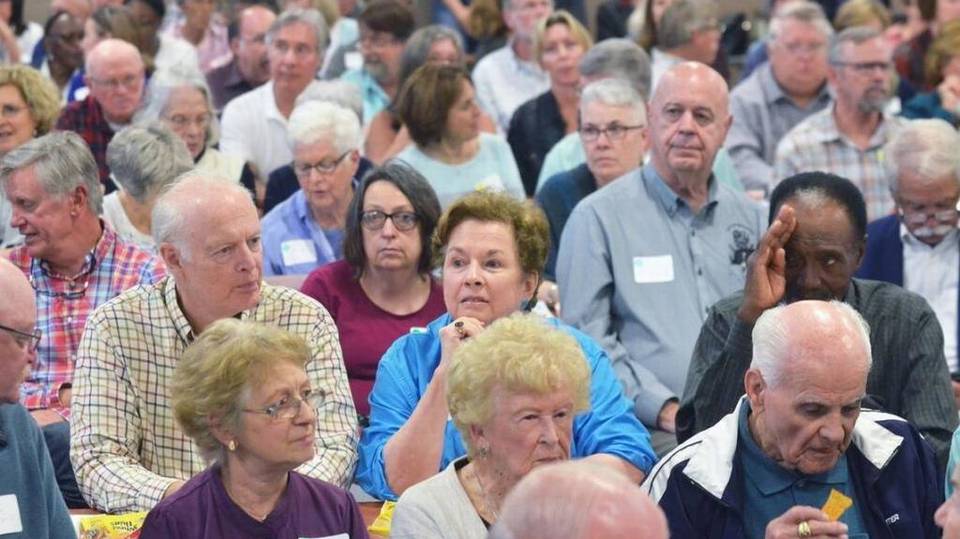 Whitehall Development: When Is Beaufort Obligated To Listen?

Last spring, more than 400 people showed up at a meeting to help design a future for Lady’s Island.

Now, on Monday, Nov. 13, the Metro Planning Commission (MPC) will have before it a plan to develop Whitehall Plantation, a special property closely tied to historic Beaufort.

The problem with the proposal is that it virtually ignores all five principles the community worked so hard to define.

The proposal brings no “inspired development.” Instead, it is 20 acres packed with seven four-story apartment buildings, a 100-unit independent-living facility, and nearly 20,000 square feet of retail/commercial space, most of it intended for restaurants.

Transportation planning is rudimentary: two main entrances and a new traffic signal at Meridian Road. This on a Sea Island Parkway and at a Woods Memorial Bridge already nearing capacity, hosting some 18,000 vehicles per day.

The proposal brings more character destruction than character enhancement. This is a plan that would certainly be rejected on the Beaufort side of the river, but it somehow is appropriate adjacent to the historic district but on the Lady’s Island side. It’s a plan that turns an attractive gateway to our historic and beautiful city into an over-crowded apartment complex.

Sunlight and predictability have gone missing here too.

In this first test of “The Beaufort Code,” this proposal calls for establishment of a “Traditional Neighborhood Overlay Floating District,” or TND. The only “little” problem is that the proposal in no way meets the definition of the TND Overlay District in The Beaufort Code. This proposal fails on the face of it. Will we simply ignore The Code?

On the plus side, there has been community engagement. A crowd of 100 filled Carteret Street United Methodist Church in August to hear about Whitehall plans and voice their views. And 200 filled Beaufort City Council chambers at the failed MPC meeting on Oct. 16. Most who attended said they would be back Nov. 13. We have in hand 120 letters from concerned citizens.

The key question is: will decision-makers simply ignore the public here? We’ve asked the mayor and City Council members for their views of the proposal. So far, crickets.

Beaufort deserves its own special treatment, and ought to argue more loudly for it.

A positive example could be Main Street in Greenville — developed in a manner that brings people back onto the streets early in the morning and late at night. This might, in fact, compete with downtown Beaufort, but so what? Competition makes things better.

Why couldn’t Whitehall be developed as destination space, where some residents live and get their dry-cleaning and shopping done, and where others come to the development (after parking in Beaufort and walking across the bridge) to enjoy its various attractions — food, a river walk, entertainment, shopping in a beautiful, canopied environment. Beaufort lacks this now; could Whitehall economically fill the void?

These are the kind of things people are talking about, and hope that an inspired Whitehall development might embrace. So far, plans have done nothing but disappoint. Rather than inspiration and creativity, Beaufort gets mundane and colorless.

Those who oppose the plan are not standing in front of the future yelling “stop”; we are trying to help invent a future that keeps Beaufort on the map as a special place to settle, and as a special place in the hearts of those who live and work here.

This proposal begs to be denied. There is no rush, and plenty of time to re-think. For now, it is incumbent on public officials to pay attention to the public outcry, and keep the rubber stamp in the drawer.