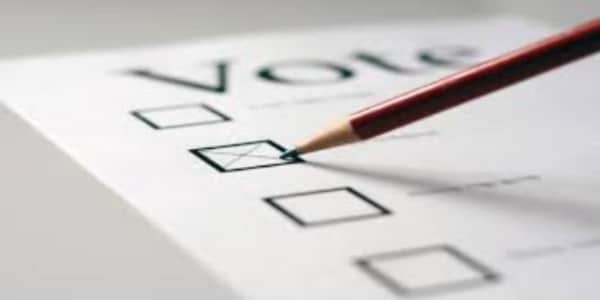 The e-mail survey was a snapshot of current views, not a representative sample. More than 250 responded, a nearly 30% response rate.

“Given the County Council’s decision to include on the November ballot a sales tax increase to fund road improvements, and its consideration of a second question to benefit Rural & Critical Lands, we felt it important gather some indication of voters’ current views. The Coalition’s Policy Committee has voted to support both proposals and wants to see both proposals on the November ballot.

“We didn’t hide the intent; we asked straightforwardly if respondents would vote in favor of a sales tax increase for roads, and a property tax increase for land protection,” and significant majorities said yes to both questions,” she said. 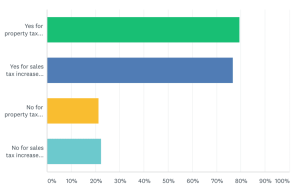 Beaufort County Council has already voted to include a $120 million sales tax for road and bridge improvements on Lady’s Island and Hilton Head. It is discussing adding a proposed $50 million bond issue to fund Rural & Critical Lands’ land protection activities. The latter will get a second reading at the Council’s May 14 meeting.

Question one asked “The Beaufort County Council is considering a $50 million bond issue for land and water quality protection. Funds will be used to continue acquisition of natural lands and farmland throughout Beaufort County. Passage of this ballot question would result in an increase in local property taxes of about $1.50 per month or $18 per year for an owner-occupied home assessed at $250,000. Knowing only what you now know, if presented with this question on the November ballot, how would you vote?” More than 50% said they would “definitely” vote for this proposal, and another 29%+ indicated they “probably” would vote yes.

On question two, which dealt with a sales tax increase to fund road improvements, 45.35% said “definitely yes,” with another 30% responding “probably yes.” That question read: “Voters in November will be asked to approve a one-cent increase in the sales tax specifically to fund road improvements in Beaufort County. Some $30 million of the funds raised will be used specifically for road improvements on Lady’s Island designed to improve traffic conditions. As an increase in the sales tax, everyone – visitors to the county as well as local residents – will contribute to the fund. Knowing only what you now know, if presented with this question on the November ballot, how would you vote?”

The final question sought to measure how respondents might vote if both issues were on the ballot, and whether one might “cannibalize” the other.
“If asked at the same election to vote on both of these proposals, and knowing only what you now know, how would you vote? (You may check two choices on this question…).” Here, there was no evidence of cannibalization, with 79% voting yes on the bond issue and property tax increase, and 77% saying they would vote yes on the sales tax increase.

Results of the study were communicated via e-mail to County Council members on Wednesday, and a spokesperson for the Coalition said it expected to have representatives at the May 14 Council meeting to speak to the findings.