…For months residents of the City of Beaufort, The Town of Port Royal and Ladys Island, led by City Planner Lauren Kelly and County Planner Rob Merchant — embracing and supporting the Ladys Island Preservation Committee, the Ladys Island Business and Professional Association, the SC Coastal Conversation League and the Sea Island Corridor Coalition – have reviewed plans from years back and engaged hundreds of citizens in the process of developing the first comprehensive plan for the growing island. 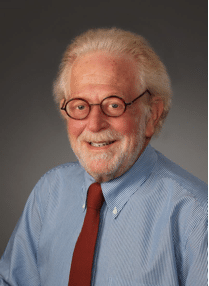 At the “Northern Regional Plan Implementation Committee” meeting last week we passed a resolution recognizing and thanking all involved for the hard work and the finished project, but did not think it wise to endorse and recommend adoption to the respective governments, who will have to endorse it, only because we have questions to ask and I wanted City Council to review and discuss before I (and Mayor Pro Tem Mike McFee) voted for something as important that will require a long term commitment of funding and collaboration. A fabulous first step and a milestone toward addressing some long overdue concerns.

It is fair to say at this point, I like the direction, believe it is generally consistent with the City’s Civic Master Plan and look forward to digging in, holding a work session for Council and the public and moving forward as quickly and responsibly as possible.

That said, two issues in my mind need further discussion.  The first is the draft proposes yet another layer of regulatory review through the establishment of a Ladys Island Implementation Committee when a revived up Ladys Island Preservation Committee could do the advisory work as always intended and the Metropolitan Planning Commission — represented by the City of Beaufort, The Town of Port Royal and Beaufort County — is already in place. I may be proven wrong but at a time when we are trying to make government more customer oriented, avoiding additional red tape for citizens and developers, I am not sure a new layer makes sense.

The second issue, which is not addressed directly, is as development is better managed with perhaps less density, where does the City grow in the future?  I generally agree that the City need not grow north on Ladys Island. Furthermore our current planning calls only for filling commercial “donut holes” and eventually redeveloping a more pedestrian and bicycle friendly and safer path from the Woods Bridge to Wal-Mart leading toward richer retail opportunities that will capture some of the traffic on the Island mitigating traffic snarls through Port Royal and downtown Beaufort as well as the traffic on Ladys Island.  Furthermore the City’s principal focus is redevelopment and infill within existing city’s boundaries.  That said, when thinking about making adjustments to the Northern Regional Plan, like changing the boundaries, we have to consider the long term and how the city might grow west and north around MCAS to the Whale Branch and Beaufort and Port Royal will grow West to the Broad River Bridge. I believe there is plenty of room to grow neighborhoods that are less bridge dependent, closer to where people work thereby taking pressure off of the islands…