Three initiatives central to the Lady’s Island Plan are working their way to adoption, and the first traffic improvement project is underway.

A key challenge for Lady’s Island is to ensure that growth does not outpace the development of supportive public infrastructure, public sewer in particular. Currently, both the Community Preservation District and the Expanded Home Business District on Lady’s Island allow residential development of up to three dwelling units per acre to occur with no requirement to tap into public sewer.

The “septic ordinance” would limit the reliance on septic systems by prohibiting their use on lots smaller than one-half acre in minor subdivisions, and two acres in major subdivisions. The purpose of the proposed amendment to the Community Development Code is to manage growth on Lady’s Island by encouraging more orderly development patterns, and promoting environmental health by limiting the proliferation of on-lot septic systems on small lots.

The amendment was approved unanimously by the County Natural Resources Committee on Oct. 21, and is now before County Council. Third reading is expected in January 2020. 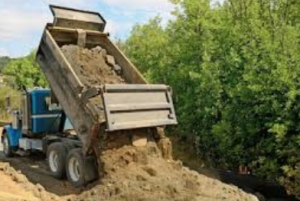 Another major issue for Lady’s Island and Beaufort County in general is the use of dirt fill to raise the level of property – whether or not it is coastal property – to permit development where it would otherwise be undevelopable. Such practices create artificial differences in grade on building lots, creating significant flood and stormwater management issues for adjacent properties.

This ordinance was significantly stimulated by the huge amount of fill brought in to construct the Islands Shops property partially occupied by the WalMart on Sea Island Parkway. That being said, there are examples of poor fill practices in development throughout the County.

The ordinance is expected to limit use of fill to areas immediately beneath elevated structures and driveway access, and otherwise limit the total amount of fill on large, multi-acre to 33.33%

A 20-member working group comprised of representatives from the County and each of its municipalities, the Coastal Conservation League, the Sea Island Coalition and others, is finalizing details of this ordinance which will then be submitted to the County Natural Resources Committee for consideration. 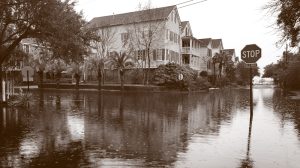 A third initiative underway is development of a sea rise overlay of the County to help identify the areas and respective property impact of increasing seawater levels.

A basic goal is to enact a Sea Level Rise Overlay Zone that, at a minimum, would require disclosure when real estate located in low-lying areas is transferred.

This effort is in its early stages, and we will report progress as it moves forward.

In November 2018, County voters approved $120 million to be raised through a one-cent increase in sales tax.  Some $30 million of the total is devoted nine-different traffic improvement projects on Lady’s Island.

Reaction to the plans during the two public meetings was generally positive, but engineers did say minor changes were likely based on public input.

Construction on the project is expected to begin during Spring 2020.

An organizational meeting was held on Nov. 7, and it was agreed that the Committee would meeting monthly on the first Thursday, at 3 p.m. in the Executive Conference Room of the County Administration Building on Ribaut Road. All meetings will be videotaped by The County Channel, meeting dates and agendas published in advance, and minutes kept.

Several subcommittees were established to consider next steps on part of the Plan, and met subsequently on Dec. 5. No actions were taken due to absence of a quorum.