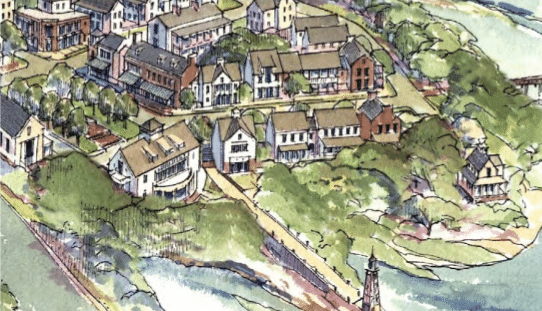 Everything You Ever Wanted To Know About Whitehall (Well, almost…)

With the arrival of Union troops in Beaufort in 1861, the property was seized from the Bythewood family. The family tried to gain possession of the plantation through the court after the war but was unsuccessful.

Ownership changed hands multiple times between the end of the Civil War and 1915, with the 700 acres steadily parceled out and ownership held by various individuals and developers. In 1925, a portion of the property along Sea Island Parkway was sold to Beaufort County for public use.  By 1970, what is the Whitehall Property today was formed through the assemblage of three primary parcels owned by John M. Trask Jr., G. G. Dowling and the Thomas family.  These were acquired and further consolidated in 2005 by 303 Associates LLC.

The Property currently comprises about 20 acres on Lady’s Island off Sea Island Parkway, at the east end of the Woods Memorial Bridge across from downtown Beaufort. It was annexed into the City of Beaufort in 2005. Since the real estate market crash in 2008, the property has been more or less abandoned and exists today in largely overgrown condition.

Zoning
The Comprehensive Plan of the City of Beaufort envisions Whitehall as a commercial and residential center, and various developers have proposed plans for high-density development over the past 10 years.

With the exception of a portion of the property along Harborview Drive and Harborview Circle zoned single-family residential, Whitehall is currently zoned “Neighborhood  Commercial” or “T4 –Neighborhood (T4-N)” under the proposed new Beaufort Code. The T4-Neighborhood district “is a mixed-use zone of urban residential units and limited commercial development… including, but not limited to apartment buildings, mixed-use buildings, rowhomes, duplexes, corner stores and both attached and detached single-family houses.”

2006 Aslan Whitehall LLC attempts to convert the property into a residential and business center, but the real estate market crash puts their plans to a halt.

2012 Aslan Whitehall LLC makes another attempt to develop the Whitehall property. However, the Metropolitan Planning Commission recommended denial of the request for rezoning of single-family residential portion of the property to neighborhood commercial since the Beaufort Code was already under development. This decision was counter to Aslan’s plans, which never moved forward.

2014 Tully, LLC’s Steven Tully and 303 Associates’ Dick Stewart, two leading local real estate developers known for urban infill and redevelopment, offered a plan to redevelop the property to include 76 traditional, single-family homes, and a 4-acre public waterfront park on the property.  While they sought public and nonprofit funding for the park, it didn’t receive much attention.

2017 While Tully and Stewart were planning to purchase the property in a short sale, and seek funding for the waterfront park, the previous property owners, Aslan Whitehall LLC and lender First Chatham Bank, sell the property to MidCity Real Estate Partners of Atlanta.  Stewart and Tully sue the bank, believing they held a first right of refusal on the sale of the property. A settlement on the suit was reached in April 2017 with Stewart and Tully relinquishing their claim on the property. MidCity Partners maintains its plans are in the “very early stages,” but prior statements indicate the firm is planning to develop a mix of residential, retail, office and hotel properties on the parcel, development in excess $60 million. Construction would commence in late 2017 according to MidCity’s website.

Beaufort Gazette, June 9, 2017. What does the future hold for these 20 acres on Lady’s Island?

Beaufort Gazette, May 10, 2017. All clear? Prime Lady’s Island property could be on track for redevelopment