We all breathed a sigh of relief when Irma turned West, but didn’t celebrate the storm’s visit to Florida. We hope everyone here remained safe and above water…

The storm has interrupted a lot of things, so we wanted to provide here an update on a Sea Island Parkway developments you may have missed.

County and City officials, together with two yet unidentified “community representatives” have been meeting to select a consultant to drive development of a “Lady’s Island Area Plan.” After receiving multiple responses to a County RFP, a consultant has reportedly been selected, and fees negotiated. Plans were to announce the selection Sept. 5, but Irma intervened. We expect an announcement is imminent, and with it, further detail regarding the plan’s scope and direction. 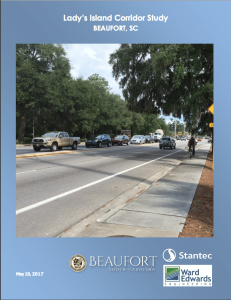 After a lengthy journey, recommendations for traffic improvements on Lady’s Island  (“Lady’s Island Corridor Plan”) were adopted unanimously by County Council at its Aug. 28 meeting.

The Council’s action followed adoption by the Metropolitan Planning Commission, Beaufort City Council and Beaufort County Planning Commission, and means that the recommendations – nine major initiatives with an estimated cost of $28.8 million – will be incorporated into the County’s Transportation Capital Improvements Plan (CIP).

Implementation – due both to funding and the need to integrate the plan with other on-going projects – will take place over a number of years. The first project to be undertaken is expected to be a dedicated right-turn-only lane from Sam’s Point Road onto the Sea Island Parkway adjacent to Walgreen’s.

Stronger penalties for illegal removal of trees, one of several changes to the County’s tree ordinances since the clear-cutting at Oyster Bluff in 2016, were also adopted by County Council at its Aug 28 meeting. The changes apply new requirements for new duplex or single family residential lots, and increases penalties (though not enough) for damaging or cutting protected trees. Read more here in the Beaufort Gazette.

STOP AND HAVE A DRINK AT TACO BELL?

Finally, the announcement last week that Taco Bell is adding booze to its restaurant offerings. The company has announced plans to open between 300 and 500 new “cantina style” locations serving alcohol, with the aim of opening more than 2,000 new stores by 2022. 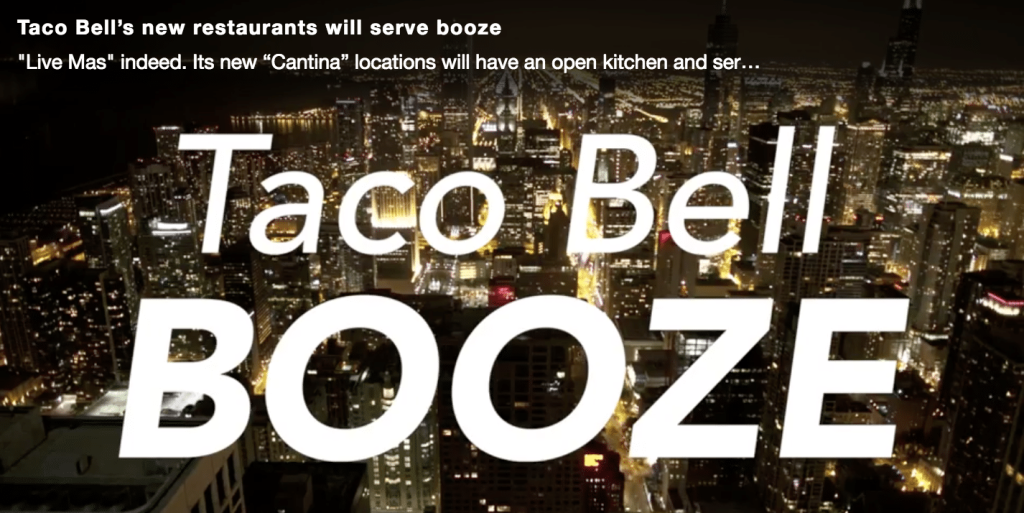 An  Alcoholic Taco Bell For The Sea Island Parkway?

Now to be fair, most of the alcohol-serving locations are planned for urban locations. But as Taco Bell’s Chief Operating Officer Mike Grams says, Taco Bell “isn’t afraid to try new things.”

We’re hoping an application for a new liquor license for the Sea Island Parkway isn’t part of Taco Bell’s plans for Lady’s Island.